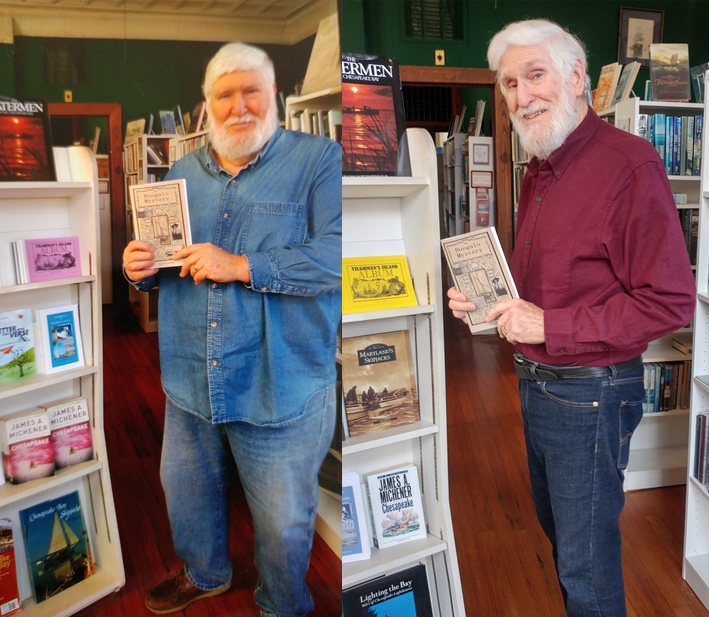 U.S. males have an average life span of just 76 years. Those who survive to that age, however, can expect (on average) to live another 10 years, to the age of 86. In 2018, I turned 76 and wondered what my life would be like during that final run. My extreme obesity had driven up my blood pressure and made virtually any physical activity difficult, increasing joint pain and diminishing my range of movement. My doctor urged me to lose weight and gave me an MHW pamphlet. I read it and set it aside, knowing that diets I had tried in the past just didn’t really do the trick: to get me down to a good permanent weight and keep it there. I knew I couldn’t do it myself, regardless of the diet plan.

So, in the spring of 2018, I signed up for bariatric surgery and began their pre-op procedures. By September, however, I was having second thoughts. Rather than surgery, with uncertain results, I needed a sensible plan and constant oversight. I needed friendly but wise and firm monitoring—at least until I could get down to my target weight and fly solo. I took out the MHW pamphlet again.

The one-hour Q&A briefing Spencer Hacker provided convinced us that this was a program worth trying. I enrolled on September 26, 2018 and at my first weigh-in I tipped the scales at 346.4 pounds. “Ye gods,” I said, “that’s over a sixth of a ton.” Spencer wrote the weight in my file, then looked me in the eye and said, “Mr. Crawford, you’ll never weigh that much again.” He looked confident about that, more so than I was, and conveyed to me that he and I were embarking on a journey together. And so, it proved to be.

Hoping to weigh under 200 pounds again, I began Phase 1 with the stated goal of losing 150 pounds. In 11 weeks, by December 12th, I had dropped 50 pounds. And the weight kept coming off, reinforcing my determination to stay with it. By May of 2019, I was down 100 pounds. I switched to a Phase 2 class so I could begin learning how to cope with the “World of Food” once I hit my target. I stayed on the diet but began adding seafood dishes. The rate of weight loss slowed but didn’t stop through the rest of 2019. Then it happened! On January 8, 2020, I weighed in at 193.8. I was down by 152.6 pounds. Spencer let me ring the bell.

This is a great program—simple in design, rational, and affordable. Spencer’s thoughtful guidance was a central factor in my success; I don’t think I could have done it without him or the support of my wife. I have recommended MHW to several friends, one of whom already has dropped 30 pounds. If you need help controlling your weight, stop spinning your wheels. Contact MHW.